Python or JAVA – Which one is best?

The choice of programming language could be a dilemma for novice as well as an expert. It is a subjective decision and hence the confusion could further increase if the comparison begins based on multiple factors. ‘Programming’ and ‘Coding’ are two terms used interchangeably; however, there is a thin line difference if thought carefully.  Knowing how to code does not necessarily mean one knows how to program. Coding can be considered as a subset of Programming. Having knowledge of syntax and language structure enables to code; however, programming is the ability to convert an idea into an innovative solution. Programming is the ability to solve a complex problem by coding, analyzing, implementing algorithms/ data structures etc. to shape up the solution. A beginner or novice might lose interest in programming if the language is too complex to understand. Various programming language concepts like object oriented, syntax, variable, loops, iterations, dynamic memory allocation, exception handling etc. might be very perplexing for a beginner. However, this article would aid in making the decision simpler or at least throw light on certain aspects which could help in making the choice easier. 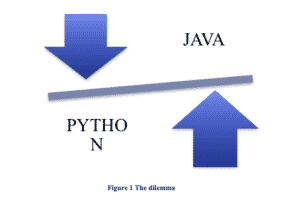 Java and Python – two industry leaders – one choice! Choosing one development platform among top two industry leaders ~ nothing less than a plight! Programming language is a core part of software and the choice of it depends on multiple factors which cannot be ignored. Python is older than Java in terms of their existence. Python has been around since 40+ years, while Java has been with the community since 30+ years. However, when IT was in boom, it was Java which rooted well and became the most popular development platform to be used in significant organizations. Python slowly entered the race with constant improvements, and as something better was coming in the market to understand its potential, it started booming and finding its position in the list of top programming languages. Both the languages do their jobs amazingly well, however certain microscopic features differentiate them from each other.  The current market trends and statistics showcase Python trending as compared to Java in the recent years. The TIOBE Index (Fig 2) and Google Trends (Fig 3) clearly showcase the trend. Let us try and understand the reason behind this trend. 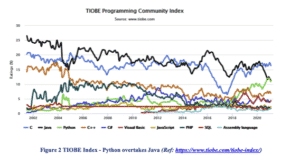 Java is high-level programming language. It is an object-oriented language similar to C++. It is platform independent and follows the principle of write-once-run-anywhere. It has strong community support, cross-platform support. Python, on the other hand, is dynamic and general purpose programming language. It is desirable for rapid application deployments and drastically reduces the cost of maintaining programs. Both Java and Python have standard sets of libraries available for programming support. When it comes to code syntax and structure, Java is statically typed whereas Python is dynamically typed. This adds feather in the cap for Python, as it makes it easier for beginners by bringing the language closer to English. Going deeper, it is important to see the feature wise comparison of both the languages to make the judgement; 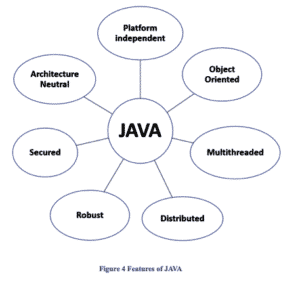 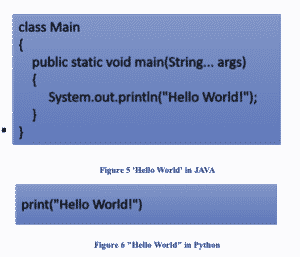 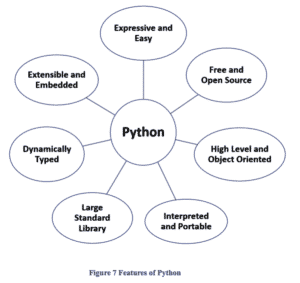 Summarizing the disadvantages of both the languages, Java as taken up by Oracle which announced back in 2019 that it will be charged for business and commercial applications. Memory management in Java is costlier as large memory space is required. Java codes can be perplexing for a newcomer. The codes are lengthy and verbose. Looking forward to the disadvantages of Python, it is not favourable for mobile development. It is not used much in larger organizations due to its limitation in database access layers unlike JDBC (Java Database Connectivity) and ODBC (Open Database Connectivity). Python also has a concept called GIL (Global Interpreter Lock) which allows the execution of only one thread at a time. Python’s oversimplicity can be a curse when developers want to shift to other complex languages like Java which have strict structures and syntax. Moreover, python is also not preferred for memory comprehensive tasks.

In order to conclude which language to go for, Java or Python, here are some pointers,

Menu
We use cookies to ensure that we give you the best experience on our website. If you continue to use this site we will assume that you are happy with it.Ok